Lenny Kravitz set to rock out in Seoul on April 13

Lenny Kravitz set to rock out in Seoul on April 13 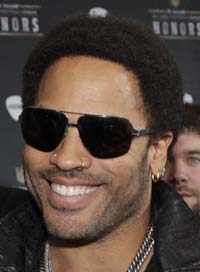 Lenny Kravitz will rock out in Korea for the very first time on April 13 at Olympic Hall in southern Seoul.

The concert is an extension of his “Black and White Tour,” which took the “Are You Gonna Go My Way” star to 11 cities across the United States last year.

Kravitz will now take the tour to Australia, Japan and Korea.

The same music and stage equipment from his U.S. tour will accompany Kravitz overseas. The band has also been carefully selected and is comprised of familiar faces and top musicians.

Kravitz made his debut in 1989 and has since released more than nine official albums and sold more than 35 million records. He also set a new record at the Grammys by winning the best male vocalist in the rock music category four consecutive times.