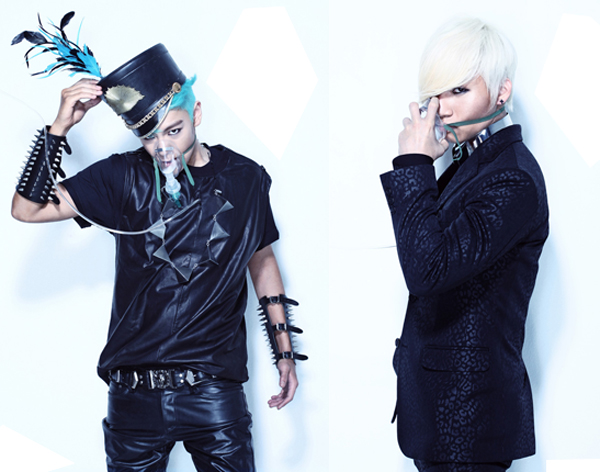 
Big Bang member Daesung showed off a new platinum blonde hairdo in a photo on his blog yesterday, just as the group gets set to release its new EP, which includes Daesung’s single “Wings.” He seemed to be following in the tracks of bandmate T.O.P, who revealed a bright blue do earlier.

In the photo, Daesung, usually a casual dresser, wears a pretty provocative outfit with a leopard print suit and a shirt with a silver collar. Fans speculated that he wants to change his image after his hiatus last year, which came after he accidentally ran over a motorcyclist in May who later died.

In a preview of next week’s episode of SBS’ “Healing Camp” on Monday, Daesung revealed that after the accident, he “had bad thoughts,” hinting that he even contemplated suicide. Later in the show, G-Dragon, the band’s lead singer, said he heard people call him and Daesung Big Bang’s “axis of evil” after he was indicted for marijuana use last October.

The Big Bang EP, “Alive,” is set to hit stores Feb. 29, followed by a world tour starting in Seoul next month.