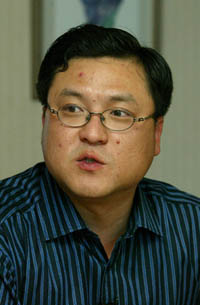 A second judge who has been openly critical of the current administration has been disciplined by the Supreme Court, sparking suspicions that a witch hunt is underway for detractors of President Lee Myung-bak.

The disciplinary committee of the Supreme Court decided Monday to suspend Lee Jeong-ryeol, a 43-year-old senior judge at the Changwon District Court in South Gyeongsang, on charges of violating a law prohibiting judges from disclosing agreements with fellow judges during a trial.

“Keeping secret agreements made in the court is a most important and basic legal duty,” an official of the committee told local media. “So we can’t help but give him a heavy punishment.” He was suspended for six months.

Lee was one of three judges hearing a 2007 appeal of a university professor who was suing to get his job back after being fired for pointing out an error in a test question. The school said he had slandered his colleagues.

Three days after losing his appeal, the professor, Kim Myung-ho, fired a crossbow at the presiding judge in the case, Park Hong-woo, outside the judge’s house in 2007. The case is the subject of a recently popular film, “Unbowed.”

According to the committee, Lee wrote on the judges’ internal intranet, “The initial agreement of judges was a win for Professor Kim, but we found contradictions in his arguments and held additional questioning and reversed the initial decision.”

He was only the fourth judge in the country to fail the evaluation since 1988. Seo is planning to sue over his sacking. He and Lee used similar expressions in their criticisms of the president on Facebook.

Lee’s six-month suspension is tougher than the punishment meted out to senior judge in Gwangju who used his influence to get his elder brother a job as a legal official. The judge, Seon Jae-seong, was suspended for five months.

Judges in Seoul’s Western and Southern District Courts officially said they would convene a closed meeting Friday to discuss the evaluation system of the Supreme Court on judges’ performances. Other district courts in Seoul and Gyeonggi are also reportedly taking steps to hold similar meetings.