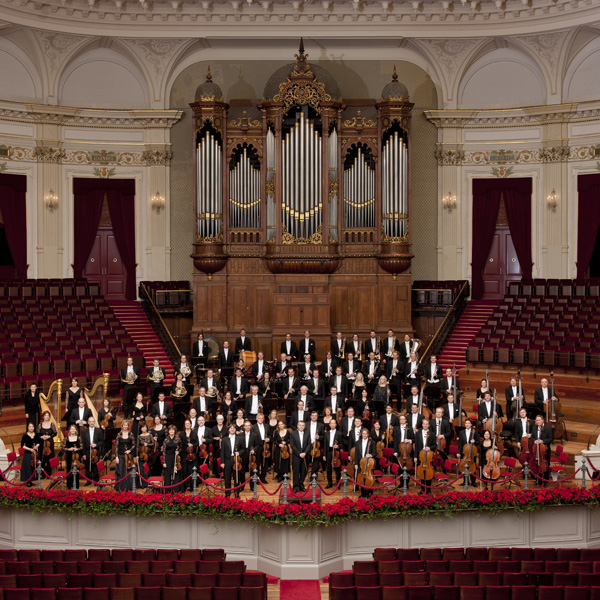 The Royal Concertgebouw Orchestra of the Netherlands performs under the baton of Maestro Chung Myung-whun on Tuesday and Wednesday at Seoul Arts Center in southern Seoul. See MUSIC, left. Provided by Hyundai Card

Friday: American rock band Evanescence is set to perform in Korea for the first time.

The concert comes one year after the band, renowned for its female vocalist Amy Lee, ended a five-year hiatus to release its new single “What You Want.”

The five-member group found worldwide fame after the success of its first album “Fallen” in 2003. In the United States alone, the group’s debut record sold over eight million copies, and in 2004, the group received Grammy Awards for best rock performance and best newcomer. At the band’s premiere Korean concert, there will also be a special guest performance by the 1990s alternative rock band Bush.

Lim is considered a Chopin specialist since sharing third prize with his elder brother Dong-min at the International Chopin Piano Competition in 2005. He has long been one of the most popular classical musicians here, with nearly 40,000 members in his online fan community. Lim has also received awards at other major competitions including the Queen Elisabeth Competition and the International Tchaikovsky Competition.

Lim will perform Tchaikovsky’s “The Seasons,” which consists of 12 parts representing each month of the year, and Rachmaninoff’s Sonata No. 2 in B, Op. 36.

Tuesday and Wednesday: The Royal Concertgebouw Orchestra of the Netherlands performs under the baton of Maestro Chung Myung-whun. The orchestra, formed in 1888, was given its royal title in 1988 and is often ranked as one of the best orchestras in the world, alongside the Berlin Philharmonic.

The program on Tuesday includes Mendelssohn’s Violin Concerto with Dutch violinist Janine Jansen, who gained stardom performing with the RCO in 1997. The Wednesday program features Brahms Symphony No. 2 and Beethoven’s Piano Concerto No. 3 with pianist Kim Sun-wook.

March 12: Cellist Yo-Yo Ma has been gathering artists from Korea, China, Mongolia, Iran, India, Turkey and other countries for a revival of his Silk Road Project, which he launched in 1998. As its name suggests, the project promotes the study and preservation of the cultural and intellectual traditions along the historic trading route.

RedFoo and SkyBlu call their music party rock, and their songs “Shots,” “Get Crazy” and “I’m Sexy and I Know It” suggest they’re not talking about bingo night.

The group was nominated for Best Dance/Electronica Album at the 2010 Grammy Awards and has sold more than four million records.

It is difficult to obtain performing rights to the well-received pieces, making Universal Ballet’s upcoming show a unique opportunity for audiences to see the Korean company.

The Royal Concertgebouw Orchestra of the Netherlands performs under the baton of Maestro Chung Myung-whun on Tuesday and Wednesday at Seoul Arts Center in southern Seoul. See MUSIC, left. Provided by Hyundai Card