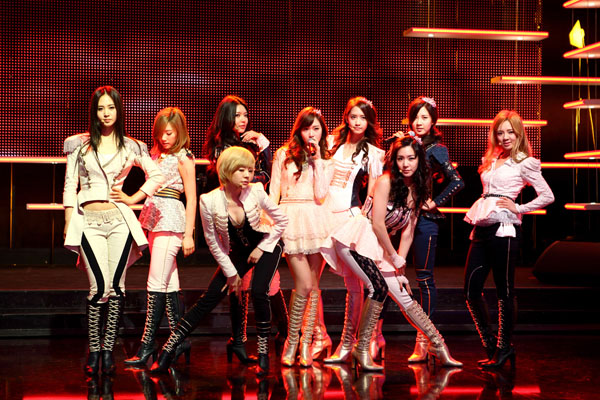 The agency of worldwide sensation Girls’ Generation has promised to take legal action against the person who posted online doctored photos of nude women who were supposedly members of the girl group.

“We will take all steps necessary to right this wrong,” a representative from SM Entertainment said on Feb. 16. “The person should not just be held responsible for creating the phony picture but also for uploading it and spreading it online.”

On Feb. 15, a picture described as a nude picture of the girl group began circulating on an adult Web site. The faces of the Girls’ Generation singers were pasted onto naked female bodies in the picture.

This isn’t the first time that the girl group has been involved in a nude photo scandal. In a similar case in 2010, a photo appeared online with the girls’ faces pasted onto models’ bodies. Police investigated but dropped the case when they discovered that the perpetrator was a teenager.

SM Entertainment has asked police to investigate the new case on possible charges of defamation.

February has been a busy month for creepy fans with Photoshop skills. Trot singer Jang Yoon-jung and actress Kim Min-jung have also seen fake nude photos of themselves uploaded to the Internet in the past few weeks.