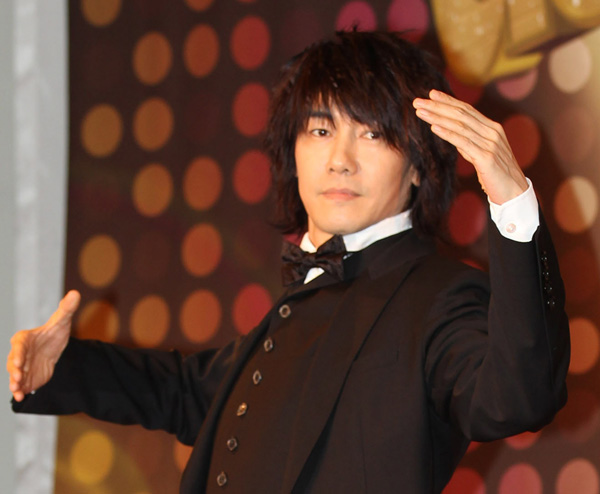 
Tickets for Korean singer Kim Jang-hoon’s first Chinese concert, to be held at Shanghai International Gymnastics Center, have sold out within 10 days of going on sale. Kim’s agency announced on Feb. 17 that the last of the tickets for the entertainer’s solo concert on Feb. 18 sold out two days before the show.

“This is an astonishing accomplishment, for a show to be sold-out when the artist isn’t an idol singer. We think that the press conference that Kim attended on Feb. 2 to promote the concert was influential,” said a representative from Kim’s agency.

The representative added that in order to make it a memorable performance, Kim enlarged the stage, cutting into seats so that the seating capacity for the show was reduced to half.

“It was a big sacrifice, but I’m sure you will be amazed by the outcome.”

In addition, Kim will donate all the proceeds from the concert to help the needy in China. Following the performance in Shanghai, Kim will perform for Korean fans from Feb. 24 to Feb. 25 at Blue Square in Hannam-dong, central Seoul. In June, Kim is planning on a second Chinese concert in Beijing.