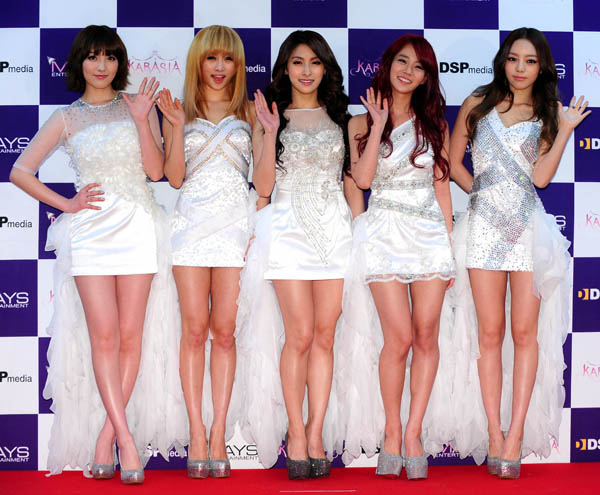 
p group Kara successfully completed its first independent concert over the weekend where some 20,000 fans gathered to enjoy the show.
The five-member girl group held two concerts at the Olympic Gymnastic Gymnasium in Seoul. It was their first independent concert since making their debut in 2007.
“When we made our debut I heard that girl groups can’t last five years, but we finally got our first concert,” Han Seung-yeon said Saturday at a press conference.
In a two-and-a-half hour concert, the group performed 33 songs with each member giving a solo performance as well as some Tango dancing and a cover of Michael Jackson's "Beat it." DSP Media, the group’s management company, said that Kara will begin its Asian tour from April and will visit six countries including Japan, China and Thailand.