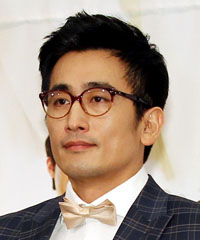 Actor Cha In-pyo will stage a rally in front of the Chinese Embassy in Seoul on Feb. 21, urging China not to repatriate 24 North Korean defectors in its custody.

The Chinese government has come under increasing international pressure to change its policy of repatriating North Korean citizens who have crossed illegally into China. In the past, North Korean defectors have been imprisoned or tortured after being forcibly returned to the North.

Cha will seek to mobilize this international pressure at the event, asking citizens from around the globe to help stop the repatriations.

The 44-year-old actor will ask the government officials not to see the North Koreans as part of a policy issue but rather to relate to them “as fathers, mothers, brothers and sisters.”

He will urge the Chinese government “to give the defectors the chance to relocate, to be able to love and to live.”

Some 30 other celebrities and 30 North Korean youth defectors will join Cha at the rally.

The 30 youths attend Yeomung School, an alternative school for children who have defected from the North and are currently residing in South Korea.

“It’s a sorrowful life, being a teenage defector, always fearing for the remaining family members back in North Korea,” said a representative from the school. “There are some students who still have family back in North Korea, and for their safety, they weren’t able to take part in the public appeal. Thus, the celebrities said that they would step in for these students.”