Wozniacki hits back at Navratilova’s comments

Wozniacki hits back at Navratilova’s comments 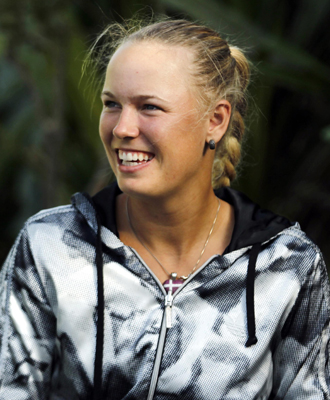 DUBAI, United Arab Emirates - Former world number one Caroline Wozniacki hit back at Martina Navratilova on Monday for claiming that the Danish professional had never deserved to be at the top of the world rankings.

Wozniacki also suggested she has lost respect for Navratilova, regarded by many as the greatest woman player ever, implying that her TV commentating sought to stir things up and that it would be better to “think a little bit.”

“I would never say Martina was number one when there was no one playing,” Wozniacki said, “or that she was the best when no one was playing. That would be disrespectful.”

Her comment was an echo of Navratilova’s remarks at an Australian Open press conference, in which the 55-year-old legend said: “Clearly nobody feels Wozniacki is a true number one.”

Navratilova, whose 18 Grand Slam singles titles were achieved when the women’s game had less depth, also criticized the modern ranking system which placed Wozniacki at the top for 68 weeks.

This places too much emphasis on the quantity of wins rather than their quality, Navratilova alleged, suggesting fellow Czech Petra Kvitova, Wimbledon champion and winner of five other titles last year, should have become number one instead.

When Wozniacki was asked if she had lost respect as a result of some of the remarks made about her on television, she reacted immediately.

“I think I have to be honest, lost a little bit of respect. Because I respect what they have achieved,” she said, referring to players of a previous era who are now commentators.

“And I really respect what someone else [has done], I know how hard it is to reach the top level of a sport like tennis.

“Because they know how hard it is. You don’t just wake up and say okay I want to win this tournament, and it just happens like this. At that point, you are like, they should just think a little bit.” AFP