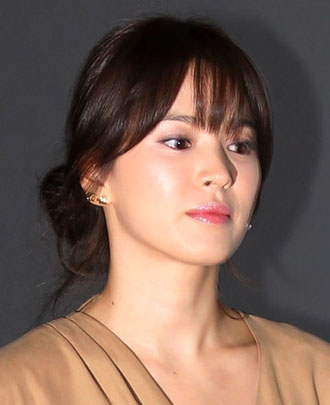 Hallyu actress Song Hye-gyo will take legal action against some 41 netizens who have spread false rumors about her and a “sponsor,” with whom they alleged she exchanged money for sex.

According to police, Song officially filed the complaint at the Seoul Central District Prosecutors’ Office on Friday.

The 30-year-old actress said that the accused have used Internet portal Web sites and chat forums to spread lies about Song’s supposed arrangement with a wealthy male. The rumors were said to have started in 2008 and were spread by the individuals until December 2011.

At the premier of her movie “Today” last October, Song expressed her anguish over the ordeal.

“I’m flabbergasted by the false rumors about a sponsor. I really feel for the accused sponsor as well. He must be as shocked as I am about all of this,” Song said.

The actress made her debut as a model on a TV commercial back in 1996. She rose to fame after starring in the hit drama “Autumn Sonata” in 2000.