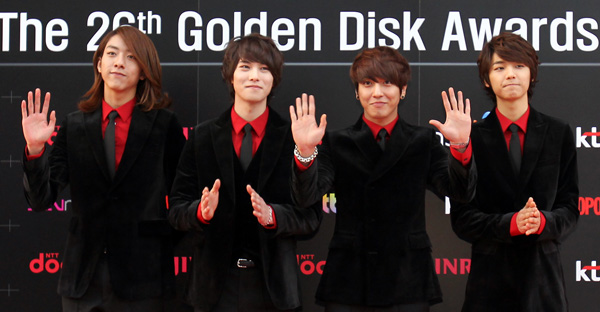 According to FNC Music, CN Blue began the tour on Feb. 13 and traveled to Osaka, Nagoya, Tokyo and Yokohama. The band had planned the concerts after its second single “Where You Are,” which was released on Feb. 1, topped the Oricon weekly charts by selling more than 60,000 copies in its first week.

CN Blue performed at small theaters with seating capacities of around 10,000 where the band had played before making its mainstream debut. The band performed its 12 songs, including “In My Head,” “Voice” and “Kimio.”

“The tour reminded us of our indie roots and we just thank our fans who have supported us,” CN Blue said in a press release. “We will work hard in the future to present better music to the fans.” CN Blue’s next stop will be Los Angeles’ Nokia Theater, where it will perform with fellow K-pop group FT Island on March 9.