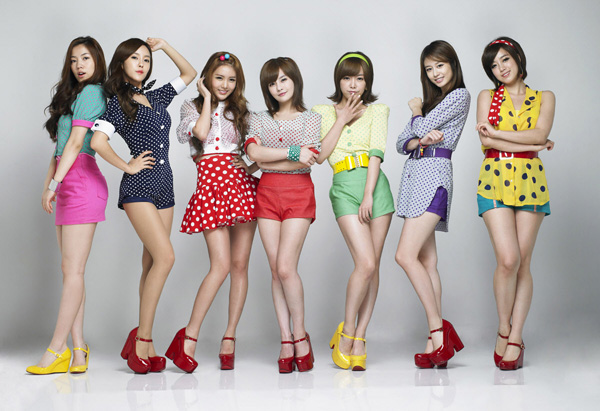 
T-ara will hold a fan club inauguration ceremony and a concert this summer to mark its third anniversary.
The group’s agency Core Contents Media announced on Sunday that the band is currently brainstorming a series of events to take place in July.
The agency also said that the girl group members will reduce their acting commitments this year to focus on their music and on promotional efforts in Japan.
“Promotional work in Japan currently makes up about 10 percent of the group’s activities, but we aim to see the number increase to 30 percent,” the agency’s representative said.
Members of the K-pop group have featured on various TV programs. Eun-jung currently stars in the JTBC drama “Queen Insu” and starred in last year’s hit teen-drama “Dream High.” Ji-Yeon is currently starring in season two of “Dream High” while Hyo-min participated in the pilot for a Chinese version of the reality show “We Got Married.” Ji-yeon, So-yeon and Hyo-min appeared in the musical “Roly Poly,” based on one of the band’s hits, which closed Saturday after six weeks.