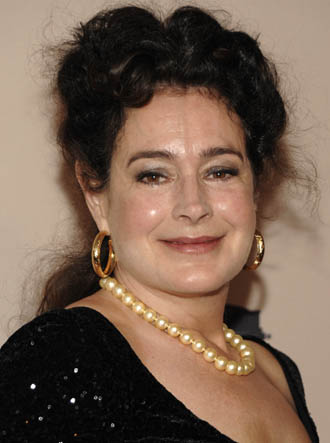 LOS ANGELES - Actress Sean Young was arrested after a scuffle with a security guard at the official post-Oscars party, police said Monday.

Young, 52, was placed under citizen’s arrest at the Governors Ball at 9:25 p.m. local time Sunday after the dispute, police Cmdr. Andrew Smith said.

“She was trying to get into the party and couldn’t get in,’’ he said.

Young, who has starred in “Blade Runner’’ and “Stripes,’’ was booked at the Hollywood police station for investigation of misdemeanor battery. She posted $20,000 bail and was released early Monday.

The actress, who was wearing a ball gown, was taken into custody quickly, said Tom Januszewski, an Associated Press business executive who witnessed the incident. He said he saw a guard subdue Young by placing his forearm on her neck and head while other guards placed her in handcuffs and led her away.

Young didn’t speak as she was being led away, Januszewski said.

“It happened incredibly fast,’’ he said.

The actress tried to crash the Vanity Fair Oscar party in 2006. She entered rehabilitation for alcohol abuse in 2008 after she was removed from the Directors Guild of America awards.