Kahi goes back to school

Kahi goes back to school 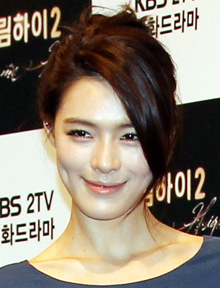 After School group member Kahi has enrolled in university at the tender age of 31. The idol singer was admitted to Seo Kyung University this year, where she will study film and theater with peers 13 years her junior.

“Despite her busy schedule, Kahi was at the entrance ceremony on Feb. 27, and on Feb. 28, she took part in freshmen orientation,” said a representative from the star’s agency.

Kahi hopes to optimize her career through her studies by becoming an all-around entertainer. She is currently trying her hand at acting, starring in the teen drama “Dream High 2.”

Meanwhile, her girl group will release their debut Japanese album “Playgirlz” on March 7, and, starting from April, will hold three live concerts throughout Japan.