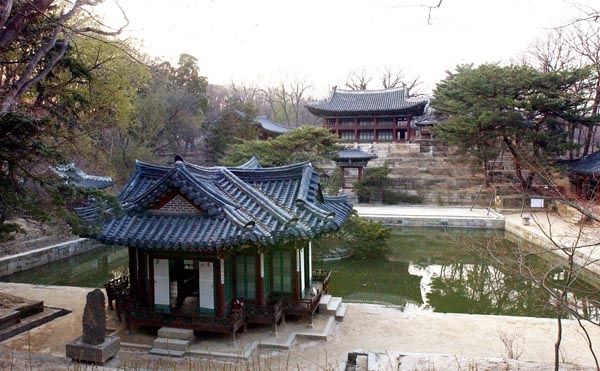 The Cultural Heritage Administration of Korea said on Friday that it has designated two buildings in Gyeongbok Palace - Sajeongjeon and Sujeongjeon - and Hyangwonjeong pavilion as Treasures No. 1759, 1760 and 1761, respectively. Three buildings in Changdeok Palace - Geumcheongyo bridge, Buyongjeong pavilion and Nakseonjae residence - have also been designated as Treasures No. 1762, 1763 and 1764, respectively. 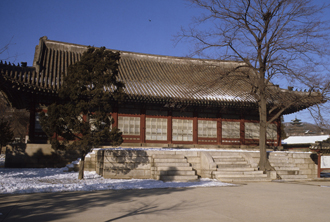 Korea manages its important heritage properties as National Treasures and Treasures. The former are considered to be more important in the historical context.

Sajeongjeon, located behind Geunjeongjeon, National Treasure No. 223 and the main meeting chamber in Gyeongbok Palace, was the king’s office. It was built in 1867 after a similar building was burned down during the 1592-98 Imjin War with Japan.
Sujeongjeon was also built in 1867 after Jipyeonjeon, a royal research institute where King Sejong and scholars invented the Korean alphabet Hangul, was destroyed during the Imjin War. 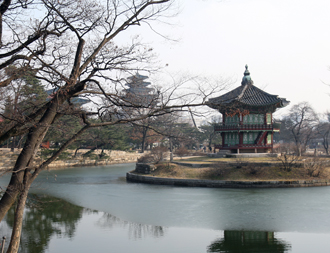 Hyangwonjeong (1867-73) is a second-story pavilion with hexagonal floors on an artificial island in a pond in Gyeongbok Palace.

Geumcheongyo, a stone bridge with arches built in 1411, is the oldest bridge in Changdeok Palace.

Buyongjeong is a pavilion with a unique cross-shaped floor facing a pond in the palace’s famous Biwon, or Secret Garden.

Nakseonjae was built in 1847 for the queen and royal concubines during national periods of mourning.