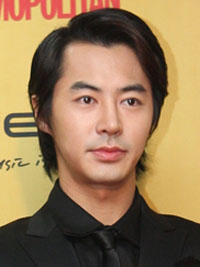 Jun Jin of K-pop band Shinhwa was involved in a car accident on Saturday, but was not injured.

According to local media reports, Jun was traveling with his manager, who was driving, in a van when it collided with a car in Chungmuro, Jung District, northern Seoul, at 10 a.m. on Saturday, but no one sustained major injuries.

According to Jun’s agency, Open World Entertainment, the 32-year-old singer was on his way to film a program titled “Shinhwa Show,” which will air on JTBC after the show “Girls’ Generation and Dangerous Boys.” The details of the show haven’t been released yet, but Jun and other Shinhwa members are slated to appear.

The six-member group is making its highly-anticipated return to the music industry after a four-year absence. Currently, it is working on its 10th studio album as well as a concert, which will be held at the Olympic Gymnastics Gymnasium in Olympic Park, southern Seoul, on March 24 and 25.

The band, which debuted in 1998, is slated to announce its comeback at a press conference today.