Engineers not willing to go where the work is

Engineers not willing to go where the work is 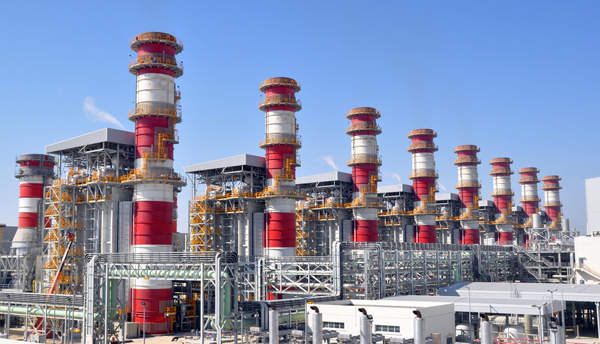 Hyundai E&C completed a thermal power plant complex in Ras Laffan Industrial City, Qatar, last May. With a maximum capacity of 2,730 megawatts, the 3.1 billion dollar complex is considered the largest in the country, accounting for 30 percent of the city’s total power generation. [JoongAng Ilbo]


Earlier this year, local job search Web sites were swamped with adverts seeking experienced engineers for the country’s top-rated construction and engineering companies. Requirements were as follows: college diplomas in engineering, fluency in English and a willingness to live abroad for an extended period to complete overseas construction projects.

As Korean E&C companies have been struggling with a downturn in the domestic housing market for the last few years, they have started turning their attention to lucrative overseas markets to build plants in countries like Saudi Arabia.

Plant construction is becoming a new source of profit for Korean builders, but now they are facing a new challenge. Although orders from overseas are increasing at an explosive rate, not enough people are prepared to accept what they see as a grueling job in a strange land.

For overseas projects, companies prefer employees with three to five years’ experience rather than entry-level workers. However, as there is a limited pool of experienced engineers in the country, E&C companies increasingly find themselves competing to poach talented staff from their rivals.

“We need employees with at least three years of experience in this field, but it is hard to find qualified workers,” an executive at a major E&C company in Korea said. “So there is a kind of competition taking place to scout experienced engineers from other companies, but it is all going on very discreetly.”

He said some companies are ramping up their recruitment of entry-level employees each year in a bid to secure sufficient engineering talents by developing them in-house.

The reason for the shortage is that young engineer graduates prefer other jobs to positions at E&C companies, which many see as unrelated to their studies.

“What we learn at university is totally different from what we have to do at E&C companies,” said one civil engineering major who recently finished an internship program at an E&C firm. He said he changed his mind and decided to work for a research institute in the construction industry after completing his internship.

“At school, we learn mostly theory - but these companies need us to manage large overseas projects,” he said, adding that many graduates feel ill-prepared for this.

In order to grow their work forces, some organizations and E&C firms are running training programs. College graduates who intend to work at E&C companies take such courses because their college diplomas are not enough to prepare them for the job at hand.

Samsung Engineering, a leading engineering firm under Samsung Group, recruits more than 1,000 engineers every year. Last year, it hired 1,000 entry-level workers and 600 experienced staff. It has changed its human resource strategy from hunting for seasoned workers to educating new engineers.

“Our HR education system is very well-organized. That’s why we can hire many young workers. As there is a limited number of engineers in the country, we hire as many as we can and educate them ourselves,” an official at the company said.

The company has also increasingly been turning to foreigners to plug the gap. In Saudi Arabia and India, where it is conducting numerous projects, it hires local engineers. Indians are favored because of their low labor costs and high level of competency in the engineering field, the Samsung official said.

The Ministry of Land, Transport and Maritime Affairs has set a goal of raising 4,800 engineers to send overseas for construction projects this year. It established an engineering graduate school in cooperation with Pohang University of Science and Technology this year and plans to set up another soon. The ministry has also decided to provide incentives for young engineers who work overseas, such as by exempting men from their compulsory military service.

At present, only 9.2 percent or 16,000 of the 170,000 employees at overseas construction sites run by Korean E&C companies are Korean. This compares to 79 percent of 180,000 workers three decades ago, during the so-called “first Middle East boom,” when many Korean engineers left for the Arabian continent to make money.

Demand for skilled engineers is forecast to continue rising in the next few years in tandem with plant orders from other countries. An additional 2,200 Korean engineers are likely to be needed this year alone, a number that is expected to grow to 3,500 a year by 2015.

Although Korean colleges churn out over 30,000 engineering graduates each year, it is difficult to hire and inject them into overseas projects immediately due to the gap between what they learn at school and what they need to know to actually manage projects.

A more serious problem is the shortage of professional engineers. Many experienced engineers lost their jobs during the Asian financial crisis in 1997, when E&C companies were hit hard. Demand for their services did not pick up again until 2006, when plant orders from the Middle East again started to surge. During the interim, few efforts were made to fill the void, causing the loss in seasoned workers to become a problem today.

“Another major reason is that most people want to avoid being sent on long-term overseas projects due to the poor working conditions, including welfare treatment,” the researcher at the institute said.

According to the ministry, most students with engineering majors prefer to work at automobile companies or electronics manufacturers in Korea. The average wage offered by E&C companies is just 78 percent of that given by automakers, it added.