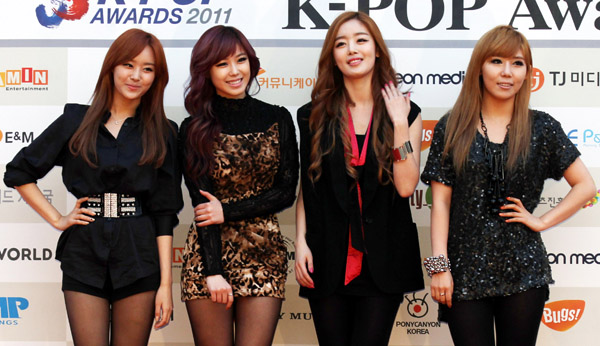 The “Secret Time” tour began in Osaka and will continue on to Nagoya tomorrow and Tokyo on Thursday. All three concerts will take place at the chain venue Zepp.

Other Korean artists who have performed at Zepp halls throughout Japan include Rain, CN Blue and FT Island.

In the shows, the girl band will sing its hits “Madonna,” “Magic” and “Shy Boy.” Individual group members will also take the stage as soloists.

“The group has been rehearsing like crazy to perform its best show ever,” said a representative of TS Entertainment.

The band, which made its Korean debut in 2009, previously released a Japanese version of “Madonna” last August. The song reached the ninth spot on the Oricon daily singles chart. Last month, the band launched a ballad album titled “So Much For Goodbye” in Japan.