BMW streets ahead in race to lead import market

BMW streets ahead in race to lead import market

The country’s imported-car market has been reorganized with BMW racing streets ahead of four second-tier players, namely, Mercedes-Benz, Volkswagen, Toyota and Audi.

This marks a turnaround from last year when BMW and Mercedes led the market on more or less an equal footing, followed by Volkswagen and Audi as the two midsize players. 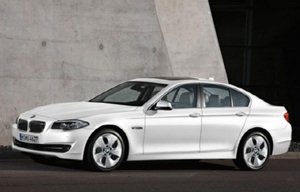 The change reflects the widening gap between BMW and Mercedes in terms of sales. It also hints at the sudden leap forward experienced by Toyota due to the roaring success of its new Camry midsize sedan, which became the bestselling imported car here in February with 721 units sold. The model debuted in Korea in January.

This saw the German carmaker end the month as the country’s favorite foreign brand with a total of 1,757 units sold, carving a healthy lead over its compatriot Mercedes, which shifted 1,312 cars. Volkswagen was third (1,254), Toyota fourth (1,047) and Audi fifth (1,010).

Also last month, BMW ramped up the competition among premium German brands even further by launching its new 3 Series sedan. More than 1,000 customers have already signed up to purchase one of the models, which are selling at a rate of 50 to 100 units a day, according to BMW Korea.

“BMW has a diverse lineup of vehicles that generally sell well, which gives it consistency,” said Joo Yang-ye, a spokeswoman for BMW Korea.

Toyota also revved up its charge to dominate the local market last year by racing up to fifth place among foreign brands on sales of 5,020 units.

However, its total sales were still dwarfed by European rivals like Audi, which shifted just over twice as many cars in the same period.

According to the Korea Automobile Importers & Distributors Association (Kaida), sales of foreign imports jumped 35.8 percent to 9,196 last month from the corresponding period one year earlier.

This set a new record despite the 2.6 percent on-month dip from January due to seasonal factors such as fewer working days in February.

“We saw a historic high in terms of February sales due to a boom in new models and aggressive marketing,” said Yoon Dae-sung, managing director of the association.