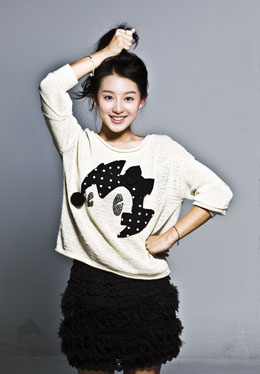 Actress Kim Ji-won will make her debut as a singer in Japan in the latter half of this year. “Kim Ji-won just signed an exclusive contract with the major Japanese record company Avex. As well as having had studied Japanese for the last two years, she is currently preparing to make her debut,” said a representative from Kim’s agency.

As soon as production of the sitcom “High Kick 3! Attack of the short legged” wraps up, Kim is slated to leave for Japan.

Meanwhile, the Japanese record label has expressed its enthusiasm at taking the star on board. “Kim’s innocent look is very appealing. Her Japanese as well as vocal and dance abilities are exceptional and we expect big things from her,” said a representative from Avex.

Kim made her debut in 2010 in a TV commercial and also starred in the romance movie “Romantic Heaven” in 2011.