Kim So-yeon returns to the big screen after 15 years

Kim So-yeon returns to the big screen after 15 years 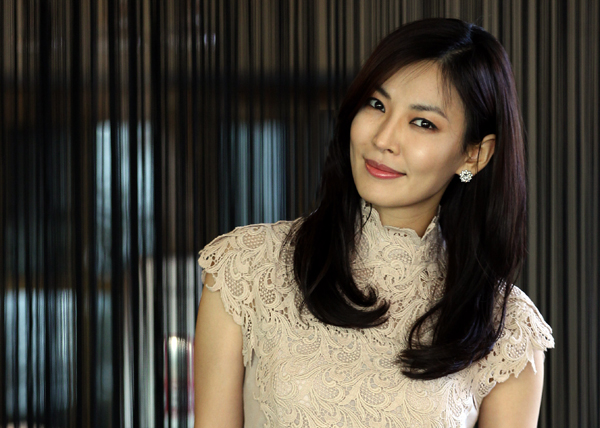 
With the upcoming film “Gabi,” actress Kim So-yeon will make her comeback to the Korean movie scene after a 15 year hiatus. While she has acted in hit dramas such as “Iris” (2009) and “Athena: Goddess of War” (2010), her last big screen performance was in the Chinese movie “Seven Swords” back in 2005. Her last Korean movie, meanwhile, was in the 1997 comedy “Change.”

Kim will make her long-awaited return to the big screen on March 15, playing the role of a barista at a Russian embassy during the late-Joseon dynasty who gets caught-up in the assassination of Emperor Gojong.

In an interview with Yonhap News on March 7, the 31-year old actress revealed the challenges of acting in a movie compared to a drama.

“It wasn’t easy to just change over my technique. There were scenes where I would be trying to convey the emotions and the director would tell me that I had to refrain from being too emotional. I was reprimanded a lot and would cry in secret,” said Kim.

Everything about the movie, from word elocution to the awkward costumes, was a challenge for this star who had never before acted in a period piece.

Despite it all, Kim said that she gave it her all and even picked up Russian in no-time. “Having studied Chinese helped a lot and I doubt that I’ll forget the Russian script for another 10 years of my life.”

On being asked what lay in store for her, after making her debut over 18 years ago, Kim said, “I’ve only just taken my first step.”
By Carla Sunwoo [carlasunwoo@joongang.co.kr]