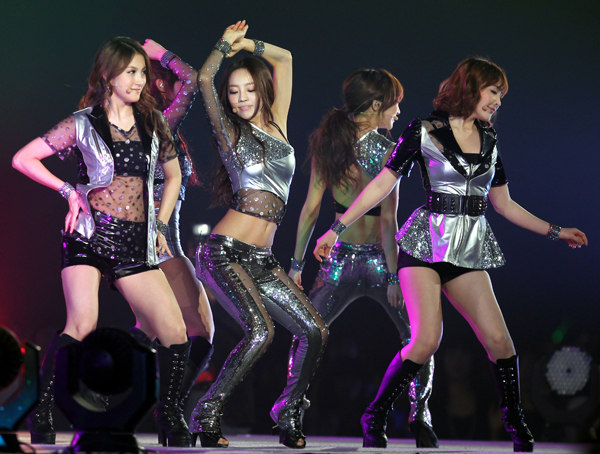 
Girl group KARA has yet again topped the charts in Japan, this time with its DVD “KARA Best Clips II & Shows,” which was released on Feb. 29.

According to the group’s agency, the DVD topped both the general DVD chart as well as the Blu-ray DVD chart on Monday.

“KARA has become the first foreign artist to secure the No. 1 spot on both the general DVD chart and the Blu-ray DVD chart,” DSP Media said.

The DVD contains the music video for the single “Jet Coast Love,” as well as footage from the band’s fan meeting which took place in August last year at Yokohama Arena in Japan.

The Korean girl group is no stranger to the Oricon DVD chart, having come in at first place in the entertainment division of Oricon’s DVD chart and seventh on the general DVD chart on Jan. 25. The band is extremely popular in Japan, and in December of last year, it was awarded the runner-up K-pop Artist of the Year award by Japanese record retailer Tower Records.