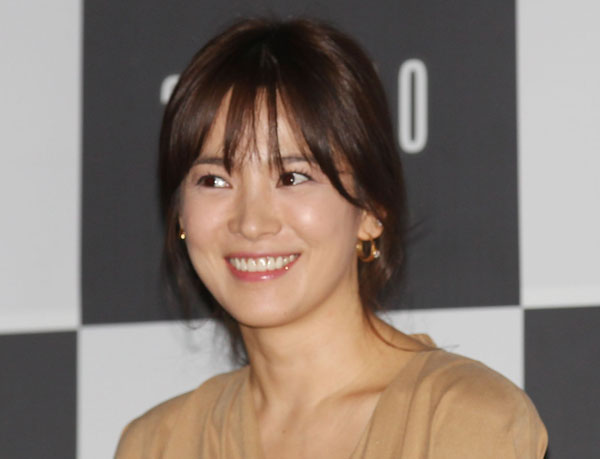 
Hallyu actress Song Hye-gyo, above, and rising singer John Park have come together to record a song for cosmetics brand Laneige.

The collaboration was released online yesterday after days of anticipation by netizens, who were notified of the joint effort on Monday.

The song, titled “Switch,” will also double as the background music for a television advertisement featuring the two entertainers.

The tune is an upbeat and melodic love song that is being called catchy and addictive.

“Despite the fact that it was her first song recording, Song surprised us all with her hidden talent and beautiful voice,” a Laneige representative said. “Park was also a darling, reassuring and encouraging. In all, the two were in perfect harmony.”

The music video for the song is currently spreading like wildfire on the Internet. Proceeds from the sale of the tune will benefit the “Be Waterful” campaign, a joint project between Laneige and Save the Children, an international aid group.