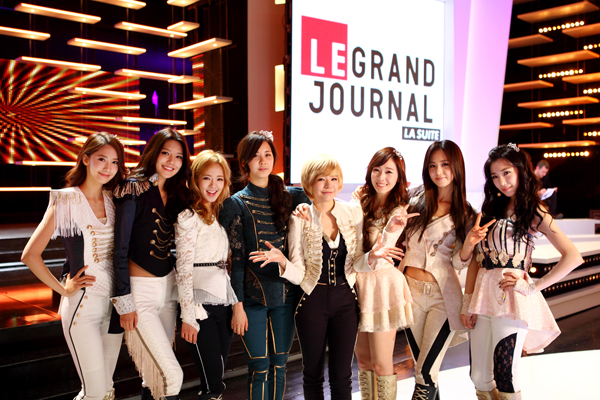 
Girls’ Generation, which has, in many ways, led K-pop’s spread overseas, has now become an icon of a different sort, this time as the new face of the posh Gangnam District in southern Seoul.

The band was picked by the area’s district office to take part in tourism promotions as it aims to attract more foreign tourists to the area, known for its concentration of entertainment agencies. On behalf of the whole group, Tiffany, Sooyoung, Jessica and Seohyun were present at an inauguration ceremony at the office on Wednesday to celebrate their new role.

“I was born and bred in Gangnam, and still live in the district,” Sooyoung said. “It feels great to become the face of home, and we’ll try our best to make Gangnam known to the whole world.”

Electronic displays of the girl group will be placed around Incheon International Airport as well as in major subway stations and other tourist hot spots around the city.

A district official said that the office also hopes to recruit the help of boy band Super Junior.