T-ara to release album and tour Japan in June

T-ara to release album and tour Japan in June 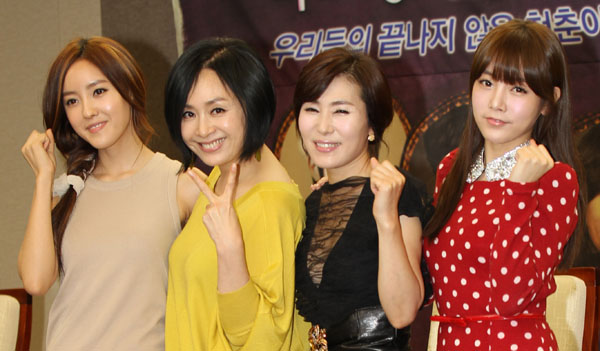 T-ara will concentrate on its career in Japan with the release of a debut album and first tour of the nation in June.

The band’s agency announced yesterday that the group will kick-start its Japan tour in Nagoya on June 19. The six-city tour will also make stops in Osaka, Fukuoka, Sandai and Sapporo, with the final show to be performed at the revered Tokyo concert hall Budokan in July.

At the concerts, the Korean band will sing some of its hit songs such as “Bo Peep Bo Peep” and “Roly Poly.”

The announcement came one week after the group’s agency, Core Contents Media, declared that this year will be devoted to T-ara’s promotional efforts in Japan.

“Promotional work in Japan currently makes up about 10 percent of the group’s activities, but we aim to see the number increase to 30 percent,” the agency’s representative said on Feb. 26.