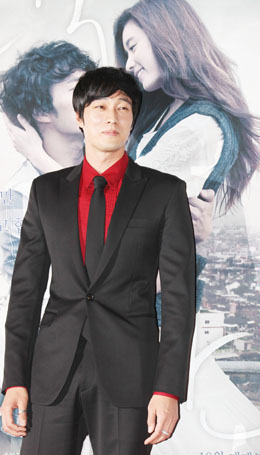 Hallyu actor So Ji-sub and singer Bobby Kim from the hip-hop group Buga Kingz have recorded a duet.

According to Kim’s agency yesterday, the two worked together on a song called “That Day, A Year Ago,” which will be released in So’s new EP from mid-March.

“Kim sang as the lead vocal while So rapped,” an Oscar Entertainment representative said.

Kim - renowned for his performances on the singing survival show “I Am a Singer” - had good things to say about So, one of Korea’s leading actors.

“His rap was rhythmic and unlike any other. Just as he is an exceptional actor, his sense for music is also top notch,” Kim said.

Kim will also star in the music video for the track, which will be released on Tuesday.

Meanwhile, So has had a busy month as he works to launch his fan magazine in Korea on Wednesday. The publication entitled “SONICe” derives its name from combining the words “so nice” and “Sonic,” So’s nickname.