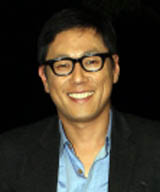 The SBS talk show “Go Show” boasts Ko and comedian Jung Hyung-don as hosts as well as the latest additions.

“Yoon, Kim and Jung were chosen due to their distinct and bold personalities,” an SBS representative said on March 12. “We believe that the three entertainers will be able to support Ko, who is taking on a talk show for the first time.”

The program is slated to air its first episode on April 6. During its premiere episode, actor Zo In-sung will appear alongside two or three other entertainers whose names have not yet been announced.