2PM wraps up “Hands Up” tour in Hong Kong

2PM wraps up “Hands Up” tour in Hong Kong 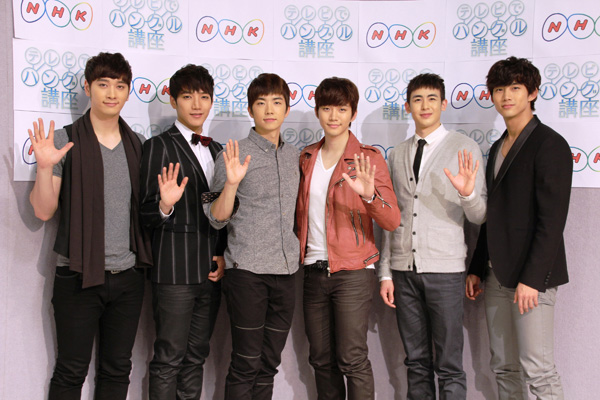 
Boy band 2PM performed its last concert of its “Hands Up” series tour in front of more than 9,000 fans at Hong Kong’s Asiaworld-Expo Arena on Saturday, JYP Entertainment said on Monday.

Fans from all over Asia flocked to the venue to witness the group’s first solo concert in Hong Kong.

At the show, the band sang an array of hits from its second album, including the title track “Hands Up.”

Junsu received an extra round of applause when he took to the stage to sing a song by Hong Kong-based singer Jacky Cheung.

If that wasn’t enough to impress the crowd, the band won over the hearts of the female audience by handing out roses during the concert.

The end of the night marked the end of the Korean boy band’s first Asian tour, which began in Seoul in September last year. In total, the band toured six Asian nations and met with over 160,000 fans.

“We were so happy to get to meet all of our fans and have a great time with them. We will definitely return,” said the band.

Korean fans will be glad to know that they haven’t been forgotten; the band will hold a fan meeting in Seoul on April 1.