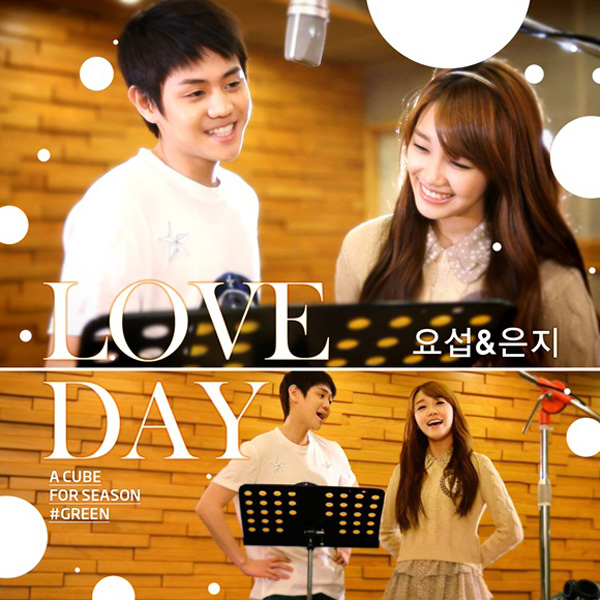 
A teaser clip for the song “Love Day” by Yang Yo-seob from Beast and Jung Eun-ji from A Pink has been released just two days before the song’s official launch, set for White Day, which falls on March 14. In Korea, men in relationships given their girlfriends and wives gifts on White Day in return for the gifts they received on Valentine’s Day.

The song, titled “Love Day,” was uploaded on A Cube Entertainment’s YouTube channel on March 12. Yang and Jung belong to sister agencies.

The duet was recorded as part of the agency’s seasonally themed project “A Cube for Season,” and is the first in the series. The song is the theme for the season of spring and was composed by Kim Geun-woo who, has produced the song “It Girl” for A Pink, and the lyricist Kim Eana, who wrote the song “Good Day” and “You and I” for IU.

“Love Day” is a song about young love in which the two singers yearn to know more about each other.