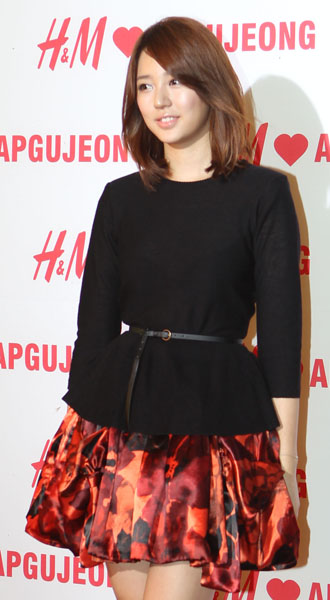 Actress Yoon Eun-hye has become a post-graduate student in the new semester.
According to her agency on March 12, Yoon was admitted into the Graduate School of Advanced Imaging Science at Chung-Ang University in November.
“Despite her busy schedule full of filming commitments, Yoon has been attending all her classes,” said an agency representative.
Prior to entering school, Yoon held a fan meeting in Fukuoka, Japan, on Feb. 14.
The 27-year old entertainer made her debut as a member of the girl group Baby Vox in 1997. The five-member girl band rose to fame with hit songs such as “Ya Ya Ya,” “Get Up” and “Coincidence.”
Since then, she has made a transition into acting, starring in hit dramas such as “Gung” (2006), “Coffee Prince” (2007) and “Take Care of the Young Lady” (2009). Her role as a male barista in disguise in “Coffee Prince” catapulted her to fame, garnering acclaim and new fans.
In 2011, Yoon filmed the SBS drama “Lie To Me” and the film “My Black Mini-Dress.”