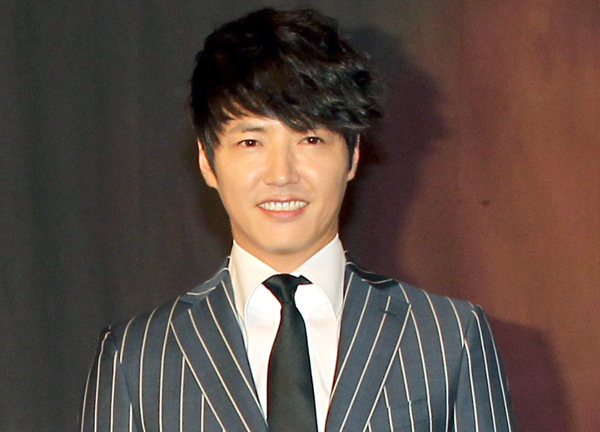 
Korean actor-singer Yoon Sang-hyun finished up his tour of Japan with a concert in Tokyo on Saturday. There were more than 3,000 fans present at the concert, entitled “Black Mountain,” which kicked off in Osaka on Feb. 25. Yoon also performed at Nagoya on March 2 and concluded with a final show in Japan’s capital.
Yoon sang a total of 20 songs from his debut album and songs from dramas in which he has starred, from “Secret Garden” to “Queen of Housewives.”
The entertainer also exhibited his showmanship as he gave out signed t-shirts to fans during the encore and took a picture with the crowd with a camera set up on stage. Yoon also asked fans for their continued support.
“I’ll keep singing interesting songs . . . please continue to show me your support when I’m acting as well as when I’m singing,” he said.
Yoon made his singing debut in Japan in 2010 with the single “Chikai.” He made his television debut in Korea on the SBS drama “How to Marry a Millionaire” in 2005 and he won fame as the loveable playboy Oscar in the hit drama “Secret Garden” (2010).