EXO-K to become the new face of Calvin Klein Jeans

EXO-K to become the new face of Calvin Klein Jeans 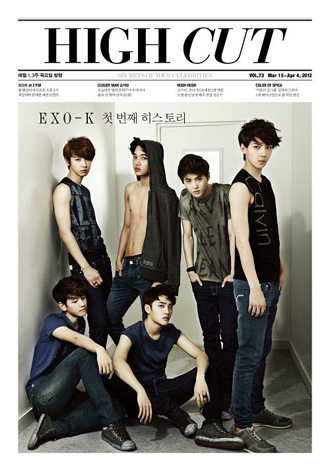 Boy band EXO-K has been named the new model for Calvin Klein Jeans, according to SM Entertainment yesterday.

The new advertisement featuring the band will be revealed for the first time in the fashion magazine “High Cut,” which goes on sale today.

The band will make the front cover of the magazine as well as in the feature spread clad in the designer jeans.

“We believe the band has potential to become fashion icons and thus decided to have it represent us,” said a representative from Calvin Klein in Korea.

The newbie band made its debut on Jan. 30 with its first single “What Is Love,” and released its second single “History” on March 9.