Kim Jeong-hoon to return to singing in Japan

Kim Jeong-hoon to return to singing in Japan 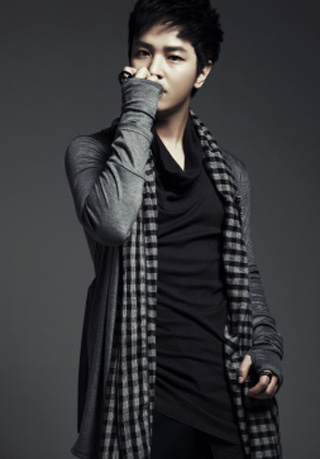 Singer Kim Jeong-hoon has announced his plans to return to the music industry in Japan after a three-year hiatus.

According to Kim’s Japanese Web site on March 14, the singer said that he’ll bring an end to his two-year rest period -- which he spent fulfilling his military service -- by releasing a new album entitled “Voice” on May 23. The singer also said that he’ll make the switch to Universal Music before resuming his duties as a singer.

In the upcoming 10-track album, a lot of inspirations were drawn from love songs sung by Japanese female artists. On April 25, a making-of documentary DVD will be released ahead of the album.

The “John-Hoon’s Diary 2012- SA.I.KA.I’ will capture the process of the album’s production.

Meanwhile in Korea, Kim will play the role of a neurosurgeon on the new SBS TV drama “Stupid Mom,” which will air its first episode on March 17.