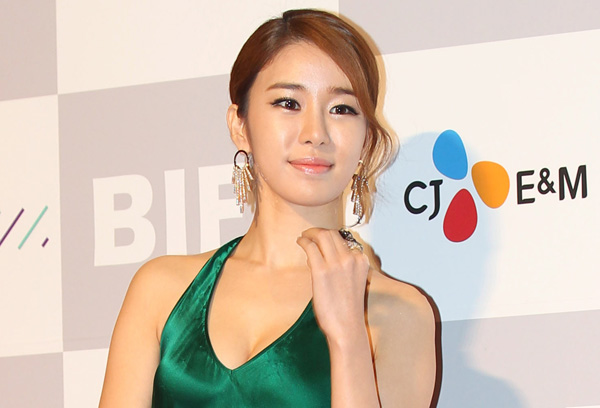 
Actress Yoo In-na has been cast as the female lead in the tvN drama “Queen In-hyun’s Man.”

The actress is said to be ecstatic about landing her first leading role since she made her debut in 2009 on the sitcom “High Kick Through the Roof” (2009-10).

“As it’s my first major role, I am super stoked. I can’t wait to start filming,” she said. “The character that I’ll be playing seems very similar to the real me. It’s a great script, and I’m sure I’ll have a lot of fun filming it.”

“Queen In-hyun’s Man” is a fantasy drama in which a scholar from the Joseon era (Ji Hyun-woo) travels forward in time to the present, where he falls in love with an actress (Yoo) who is playing the role of Queen In-hyun in a television drama.

The drama will air in mid-April on tvN after the drama “12 Men in a Year.”

Yoo rose to fame in the hit drama “Secret Garden” (2010-11), playing the quirky and upbeat best friend to the lead character played by actress Ha Ji-won.