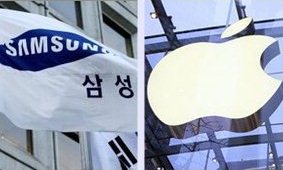 Samsung Electronics will supply the screen for Apple’s new iPad after LG Display and Japan’s Sharp failed to meet the California-based company’s quality requirements, an analyst with iSuppli said.

Samsung, the world’s top flat-panel maker, is the sole vendor of displays for the 9.7-inch, touch-screen device that goes on sale in the U.S. on Friday, said Vinita Jakhanwal, a senior manager at iSuppli, a unit of Englewood, Colorado-based IHS.

The supply deal deepens Apple’s partnership with Samsung, which already makes the chips that power the iPhone and iPad, even as the companies are engaged in various litigations around the world regarding patents.

Apple unveiled a new version of the iPad last week that features a sharper display and faster processor to fend off growing competition from products including Samsung’s Galaxy Tab.

“The display specifications on the new iPad are very demanding in terms of the very high resolution,” Jakhanwal said in an e-mail. “Achieving this high resolution without compromising power consumption and brightness, while also maintaining Apple’s quality standards, are supposedly proving to be a challenge for LG Display and Sharp.”

The iPad’s new display has four times as many pixels as the previous version does, making on-screen text, images and video appear crisper and more realistic. Apple may almost double spending on screens for tablets and smartphones this year, according to iSuppli.

Market research firm Gartner estimates that 103.5 million tablet devices will be sold in 2012, with Apple accounting for two-thirds of them.

LG Display is Apple’s largest vendor of liquid-crystal displays used in the iPhone and older models of the iPad. LG Display gets about 2 percent of its revenue from Apple.