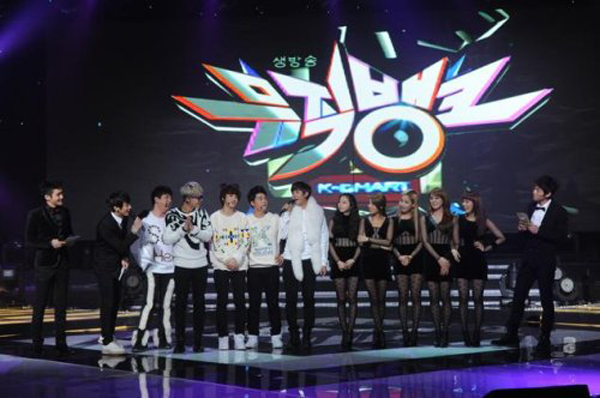 KBS 2TV’s “Music Bank” will make its second overseas tour, touching down in Vietnam on March 15. The show, billed “Music Bank in Vietnam,” will be held at the Hanoi International Convention Center, just in time to commemorate 20 years of diplomatic relations between Korea and Vietnam.

Artist line-up will include Davichi, Super Junior, Beast, Secret, Sistar, CN Blue, IU and MBlaq. In addition, two Vietnamese artists will also take to the stage. The hosts of the night will be Kang Min-kyung from Davichi and a Vietnamese celebrity.
The show will broadcast in Korea on April 6.

As KBS announced last year, the music chart show will make its first world tour in an effort to better connect with international fans. In May, the show will touch down in Jakarta and Hong Kong before visiting Los Angeles and São Paulo in September.