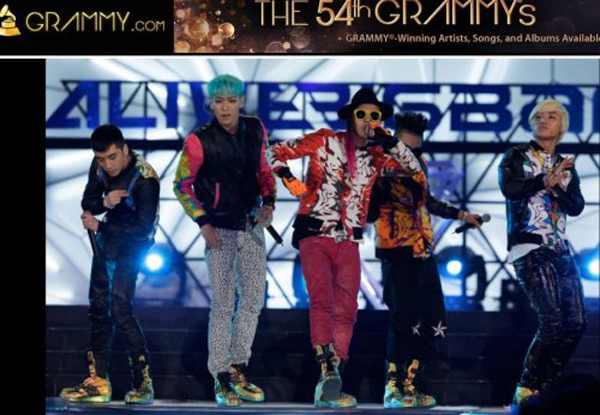 
A picture of the five-member boy band Big Bang was recently unveiled on the Grammy Awards’ main Web site, Grammy.com.

“South Korean quintet Big Bang go kaboom during a performance in Seoul, Korea, on March 11,” the caption alongside the photo read. This was the first time the U.S.-based music awards organization has featured a Korean singer on its main Web site.

The snapshot was taken from the band’s concert on Sunday in Seoul and was placed alongside pictures of some of the biggest names in the music industry, including Katy Perry, Nick Jonas, Paul McCartney and Natasha Bedingfield.