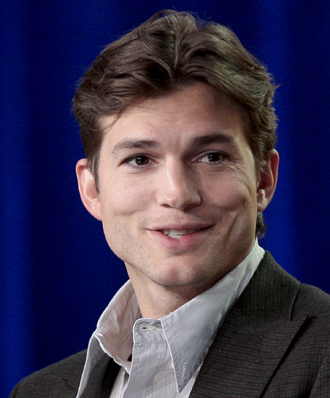 ALBUQUERQUE - Richard Branson said Monday his venture to launch paying tourists into space has netted its 500th customer, and it’s none other than Ashton Kutcher.

The British billionaire made the announcement on his blog, saying he called the actor to congratulate him.

“He is as thrilled as we are at the prospect of being among the first to cross the final frontier (and back!) with us and to experience the magic of space for himself,” Branson wrote.

A representative for Kutcher did not immediately return a message seeking comment.

Kutcher is among dozens of Hollywood types, international entrepreneurs, scientists, space buffs and others who have made deposits to be among the first to reach the edge of the Earth on Branson’s Virgin Galactic spaceline.

Branson has said the aim is to one day make traveling to space safe and affordable for the masses, not just those who can afford the current $200,000 ticket price.

Virgin Galactic is in the final stages of its test flight program. The company will launch its spacecraft from Spaceport America, a specially designed terminal and runway built in a remote stretch of desert in southern New Mexico.

The company plans to begin commercial operations next year. Branson said he and his children plan to be on the first commercial flight.

Virgin Galactic customers will ride in a six-seat spacecraft that looks like a small plane, with wings near the rear that sweep upward.

The spaceship features two large windows for each passenger, one on the side and one overhead, and small thrusters that allow the two pilots to maneuver the ship once in space.

Customers will get a two-and-a-half-hour flight with about five minutes of weightlessness and views of Earth that until now only astronauts have been able to experience.

“I still sometimes have to pinch myself that it’s for real,” Branson said of the venture. “Ashton is joining a fast expanding group of true pioneers who are on their way to a life changing experience and a place in the history books.”