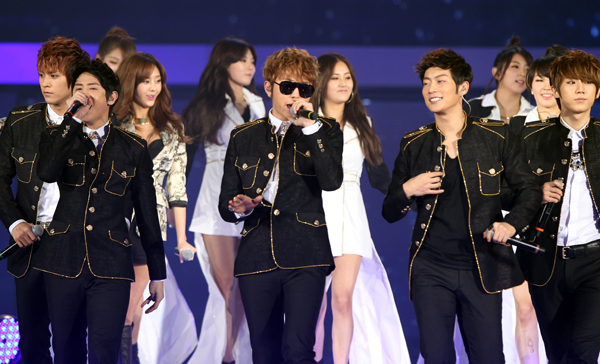 
K-pop band Beast impressed not just its Indonesian fans but also the country’s local media when it took its “Beautiful Show” tour to Jakarta on March 17.

The event took place at Jakarta International Exhibition Center where more than 4,000 fans came to see the band perform an array of hits such as “Fiction,” “Shock” and “Breathe.”

To show its gratitude to the band, some fans held up a sign during one of the performances that read, “You are our one and only, Thank You Beast.” The concert marked the group’s first time in Indonesia.

On the following day, most major Indonesian media outlets reported about the event. One of the nation’s main newspapers, Koran Jakarta, printed an article on page one with the headline, “Beast Quenches Indonesia’s K-pop Fever.” The article went on to praise the concert, saying that if the band had started rehearsing for the show before its debut, it couldn’t have topped the previous night’s show.

Indonesia was the fifth spot on the group’s tour itinerary. Its next destination is Japan.