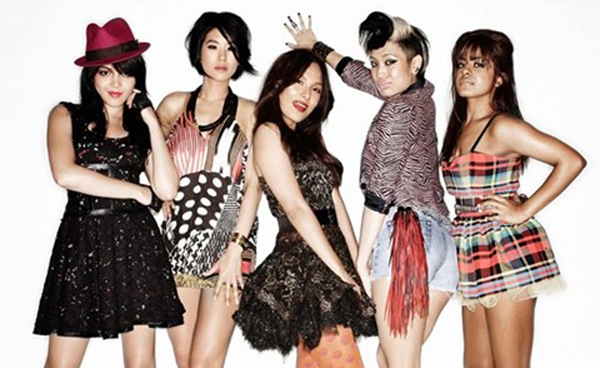 
Blush, the first pan-Asian girl group with one Korean member, topped the U.S. Billboard Dance/Club chart with its second single “Dance On.”

The group beat Kelly Clarkson, Rihanna and David Guetta among many other mainstream artists to reach the coveted No. 1 slot in February.

The new track by the band was produced by Eliot Kennedy, the songwriter and record producer behind the 1990s British pop group Spice Girls.

The group was founded in 2010 through “Project Lotus,” a reality show that looked for members to form a girl band to represent Asia. Singer Yoon Do-hyun participated in the show as a judge who recruited band members and then groomed them in order to enter the U.S. market.

Alisha from India, Natsuko from Japan, Victoria from China, Angeli from the Philippines and Ji-hae from Korea were picked and currently represent Asia collectively. In 2011, the group made its debut with the song “Undivided” featuring Snoop Dogg.