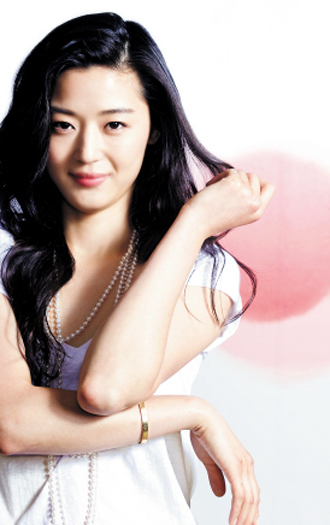 Famed hanbok designer Lee Young-hee divulged her sentiments regarding actress Jun Ji-hyun, who will marry her grandson next month.
“I don’t have any say in the matter but she is an elegant and cool person,” Lee told TV Chosun at an interview for an episode of “Entertainment in TV” to air on March 23.

Lee revealed an unknown side of the actress when she said that Jun was a bit of a loner.
“She’s quiet, doesn’t have too many friends and spends all her time studying and working.”

The grandmother of the groom, Choi Jun-hyuk, said that the two have known one another since elementary school and ran into each other as adults by pure chance. Lee said that recently Jun showed her creative flair by presenting Lee with a birthday cake sporting a hanbok-clad Barbie doll.

Overall the revered designer said that she believed the match between her grandson and the hallyu actress was perfect, since as Buddhists, the couple even shared the same religion.

Last week, Jun’s agency announced that the couple, which was to be married in June, will bring forward the date and walk down the aisle on April 13 in accommodation of Jun’s filming schedule. Meanwhile, netizens are wondering if the reschedule’s real reason is a baby bump.
By Carla Sunwoo [carlasunwoo@joongang.co.kr]