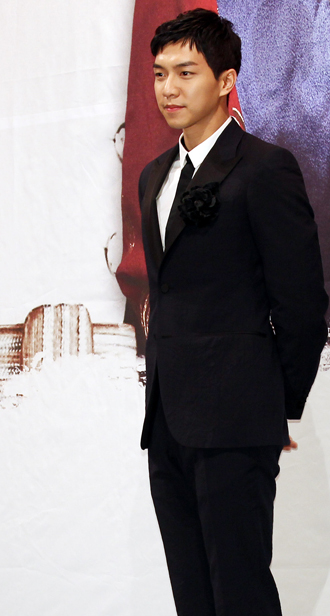 Singer Lee Seung-gi flew to Tokyo to express his gratitude toward Japanese fans for making his single debut at the No. 1 spot on the Oricon chart.

At his fan meeting on Wednesday at the Tokyo Dome City Hall, Lee said that he owed his success to his fans.

“I was filming up until 5 a.m. this morning and came straight here,” said the singer, who is currently starring in the new MBC drama “The King 2 Hearts.”

“I just want to thank you for making my single reach No. 1. I was so worried about the release, but thanks to your support, it did so well. I will keep striving to become a better person.”

His debut single in Japan, “Alone in Love,” was released on March 6 and took the No. 1 spot on the Oricon daily chart on the same day.

“I have been so busy with filming, but I feel recharged from just seeing your faces,” the Korean entertainer said.

He went on to sing hit songs “You’re My Friend,” “Smile Boy” and his newly released single.