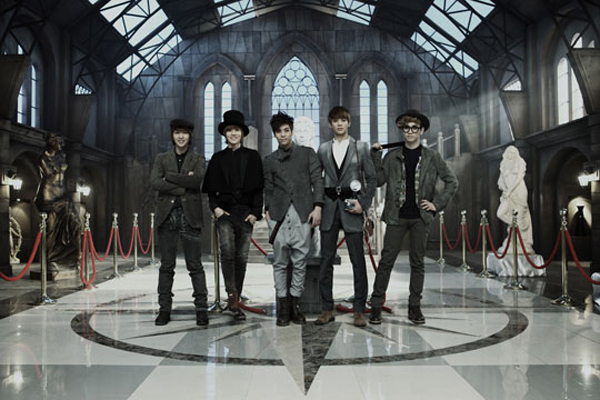 
A cryptic teaser of a music video for SHINee’s new album “Sherlock,” uploaded on Wednesday, has left fans guessing and waiting for more. The 39-second teaser available from the band’s official Web site as well as SM Entertainment’s YouTube channel and Facebook page revealed a unique filming style.

The music video for the title track was filmed in early March at a set in Namyang, Gyeonggi, and showcases the members against the backdrop of a museum.

The five members took on various detective personas and made sure to show off their trademark powerful dance moves.

Tony Testa, who used to make up all the dances for Australian singer Kylie Minogue, choreographed the song.

In the full music clip, another surprise awaits fans as Jessica from Girls’ Generation is slated to make an appearance.

The band also performed the title track for the first time on Wednesday on “M Countdown!”