Lee Joon-gi thanks Japanese fans at meeting in Yokohama

Lee Joon-gi thanks Japanese fans at meeting in Yokohama 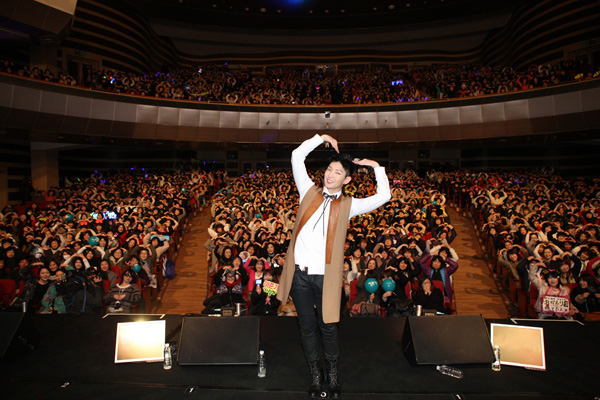 Lee Joon-gi, having wrapped up his tour of Japan, discussed his gratitude toward Japanese fans at a “hi-touch” event on Thursday.

The event was held to commemorate the launch of his new single “Deucer,” which was released on March 16 and became the No. 1 song on the Oricon daily singles chart.

Lee took part in a series of four fan meetings at Osanbashi Hall in Yokohama and greeted more than 10,000 fans.

“Thank you for your continuous support over the last two years despite the fact that I was away in the Army. Because of your love and support, I was able to successfully wrap up my tour,” Lee said.

The Korean actor and singer said that he had dreamt of meeting and greeting his fans while serving in the Army and that it was “a dream come true to be able to do that at last.”

With regard to his single’s top ranking on the Oricon chart, Lee said he only had his fans to thank. By Carla Sunwoo