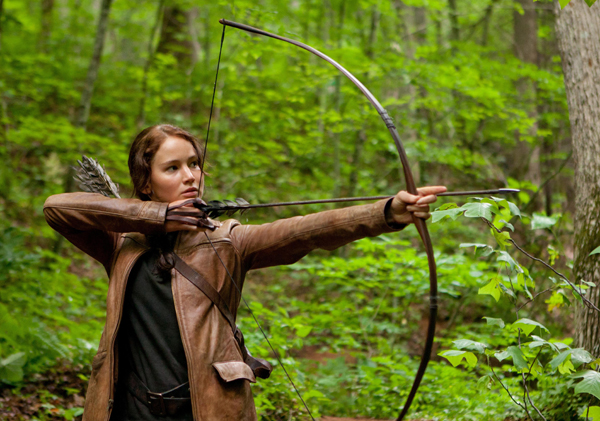 LOS ANGELES - “The Hunger Games” has filled fan appetites with a $155 million opening weekend that puts it near the top of the domestic record book.

The huge haul marks the third-best debut ever in terms of revenue, behind the $169.2 million opening for last year’s “Harry Potter” finale and the $158.4 million opening of 2008’s “The Dark Knight.”

“Harry Potter” and “Batman” were well-established franchises. “The Hunger Games” set a revenue record for a nonsequel, taking in more than twice what the first “Twilight” movie did with its $69.6 million opening weekend.

“This is the birth of a franchise. To launch in this fashion is mind-boggling,” said David Spitz, head of distribution at Lionsgate, which now also owns the “Twilight” franchise after its purchase of Summit Entertainment.

“The Hunger Games” stars Jennifer Lawrence as one of 24 youths forced to compete in a televised death match in a post-apocalyptic North American society.