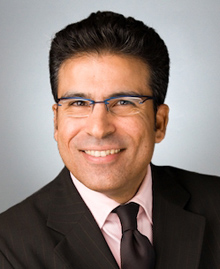 Ahmed A. Subaey, outgoing CEO of S-Oil, the fourth-largest refiner in Korea, said it’s difficult to reduce the prices of petrochemical products in Korea due to various complexities, including market conditions and geographical risks.

Despite strong measures being forced by the government, complexities in the local market hinder its efforts to cut petrochemical prices, Subaey said at a farewell press conference held at the company’s headquarters in western Seoul yesterday.

“The government, businesses and consumers need to put their heads together to find ways to determine reasonable prices,” Subaey said.

As for high international oil prices, the Saudi oil expert said he sees no particular sign of a decline on the horizon. He said geographical risks in the Middle East were the major cause of the rise in oil prices.

However, citing the 20-year supply contract between S-Oil and Saudi Aramco as a good example, he called for increasing cooperation between Korea and Saudi Arabia to overcome difficulties stemming from rising oil prices.

“I am very pleased about the contract between S-Oil and Saudi Aramco signed last month,” Subaey said. “The 20-year supply contract will ensure Korea’s energy security in the future.”

He introduced himself as Lee Su-bae, a Korean name he made for himself when he took the job in 2008.

Subaey even shed some tears when watching a short video clip of his four-year term in Korea.

“I love various kinds of Korean food, but I can’t take them all with me,” he said. “I’m definitely taking kimchi with me.”

Subaey is recognized for several achievements he has made over the last four years.

The Saudi chief led an enlargement project of the company’s production line in Onsan, Ulsan, last December, making the plant the largest 1.7 million-ton paraxylene plant in the world. Subaey invested 1.3 trillion won in the project in 2008 despite the global financial crisis.

Subaey was awarded the Gold Tower Medal by the Korea International Trade Association last November, the first foreigner to be recognized for contributing to Korea’s exports in this way.