2AM and 2PM to seek out eateries in Tokyo

2AM and 2PM to seek out eateries in Tokyo 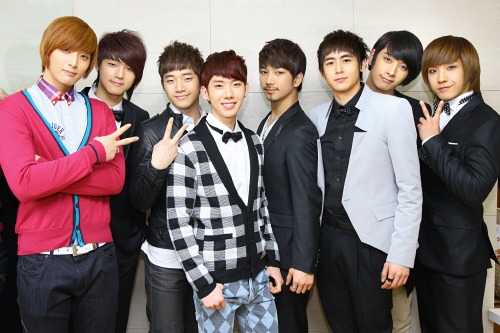 Boy bands 2AM and 2PM will join forces in the name of good food. The two groups will star in a new program titled “Wander Trip” to air from April 3 on Japanese TV channel Tokyo MX, in which they will discover popular eateries around Tokyo.

As regulars on the show, the two groups will accompany special guests to hidden hotspots every week. The boy bands filmed the first episode on March 27 at Tokyo Tower.

“We want to reveal a side of us that fans have not yet seen. It’s a lot of fun, and we hope that the viewers will enjoy watching as much as we did filming,” the two groups said.

The show will air on Tuesday nights in Japan.