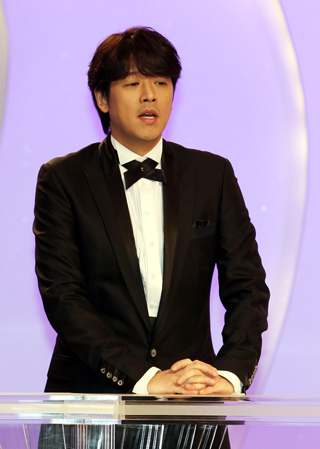 Hallyu star Ryu Si-won, who dabbles in acting and singing as well as car racing from time-to-time, again showed the reason for his popularity by managing to meet with more than 5,000 fans in just one day.

Ryu kicked off the day on March 24 in at Asia and Pacific Trade Center in Osaka with a launching event to mark the releases of his 13th single and title track “The Place Where We Met” as well as his DVD “Negai -- Ryu Siwon Live Tour 2011.” The single was released on March 21, marking nine years since Ryu made his debut in Japan. The single reached the sixth spot on the Oricon daily singles charts on the day of its release.

At the launching event where 3,000 fans were in attendance, Ryu revealed to fans about how the 2010 suicide of a close friend and celebrity, Park Yong-ha, lead to him penning the title track of the album. Fans were touched and many shed tears as they took in the story.

After the completion of the event, Ryu made his way to the NHK Hall in the city where he met with a chosen group of 2,000 fans selected from his Japanese fan club. The event was free-of-charge for those lucky enough to secure a seat. The fan-meet was originally slated to take place last year but postponed in light of the suffering caused by the Japanese threefold disaster.