Imported strollers for babies are a giant rip off in Korea

Imported strollers for babies are a giant rip off in Korea 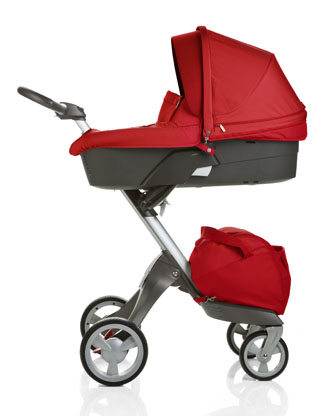 Stoke brand from Norway is one of several stroller brands that have been found to have inflated prices. [JoongAng Ilbo]

Imported brand-name strollers are sold in Korea at a price that is more than double their prices at home, according to a report released yesterday by Consumers Korea.

The report, supported by Fair Trade Commission, said the prices were high because of the distribution system for the strollers. It said there is only one local importer and one distributor for each foreign stroller, although one distributor, Boryung Medience, handles several brands.

Those monopolies make it possible for distributors, including Boryung Medience and Ettoi, to take high profit margins.

“Such a distribution system hinders the market from setting the price of each product through competitions among distributors,” said Yoon Myoung, policy director of Consumers Korea. “As a result, the local prices of the imported strollers are pulled upward based on the distributors’ marketing strategy to make their products look high-end.”

Prices of 16 imported and 9 domestic strollers were compared in a report released yesterday.

Boryung Medience also distributes Bugaboo’s Bee+, Quinny’s Buzz and Maxi-cosi’s Elea, and has priced all three at 1.05 million won. In the Netherlands, which makes the strollers, they sell for the equivalent of 517,647 to 829,000 won.

“Boryung Medience maximizes its profit by pumping up the local price of strollers that are comparatively cheap overseas,” said policy director Yoon. “It cannot be right to put the same price on three strollers when each have different features.”

Italian stroller manufacturer Cam’s Pulsar sells for the equivalent of 979,000 won in Italy, but fetches 1.98 million won in Korea.

The report says the stroller sellers managed to keep prices high because there is constant demand.

“Parents believe that more expensive products have better quality,” said policy director Yoon. “They also tend to splurge on baby items as many couples have only one child these days.”