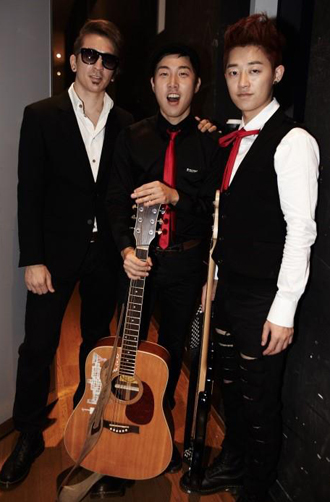 Busker Busker’s debut album topped various charts on March 29, the day that it was released.

The title track from the album, “Cherry Blossom Ending,” became the No. 1 song on various music download Web sites from Olleh Music to Soribada, Mnet and Naver Music, among others. Other songs “Ideal Lover” and “First Love” secured top spots on the same charts.

Jang Bum-joon, the leader of the new group, took part in producing all 11 songs contained in the album. The success of the album may help show that the group, which was a runner-up in the third season of the singing-survival show “Superstar K,” was not just a flash in the pan.

The band will hold its first live showcase since the program on May 5 and May 6 at Yonsei University’s Centennial Hall.